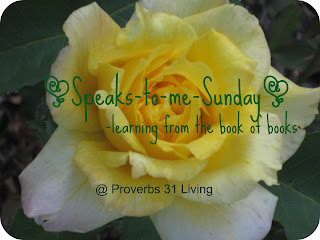 This past week I was reading aloud to the kids from 2 Chronicles and I came upon a story that I didn't really remember. I have read through the Bible several times but I still love to read it and constantly learn from it. The story that I am talking about is in 2 Chronicles 20 which is during the time of the divided kingdom. Jehoshaphat was king of Judah at that time.

Here is the main just of the story....

Now it came about that those from Moab, Ammon and some other places decided to join together and make war against the country of Judah. Reports of this came to King Jehoshaphat telling him about this great multitude that was coming. Jehoshaphat was afraid.

What did he do when he was afraid? He sought the Lord and he proclaimed a fast throughout Judah. So all the people came together and together they sought God's help.

Jehoshaphat prayed a very neat prayer which talks about many mighty things that God had done and the trust that He could still do mighty things and the admission that they themselves were powerless but that God was powerful.  (I encourage reading the whole thing which is in 2 Chronicles 20:5-13)

Then a prophet of God spoke to the people. He told them not to be afraid because the battle was not theirs but God's. He told them to go to a certain spot the next day and that they wouldn't need to fight but rather just stand there and watch how God can save you. "Do not fear or be dismayed; tomorrow go out to face them, for the Lord is with you."

The people worshiped the Lord.

The next morning they got up early and headed out. As they went Jehoshaphat told them: "Put your trust in God and you will be established. Give thanks to the Lord for His loving kindness is everlasting." The people started singing and praising and then the Lord caused the enemy to turn on itself. They destroyed one another. The people from Judah didn't have to lift a finger but none of the enemy escaped.

There are many things that I find incredibly neat about this story.
I just love the lesson in this story of trusting and obeying. There is so many times that we have the opportunity to do this in our life and often we fail. Just imagine how much God can do in our lives if we would always look to His word the Bible and trust Him and obey it no matter if it is what everybody else is doing, no matter if it is something that is comfortable or easy for us. Lets just do it!

Lately I have been reading "The Hiding Place" by Corrie Ten Boom aloud to the kids and there are many times in there that they have to simply put their trust in God- there is nothing else they can do. It is amazing how God can work when we trust Him! 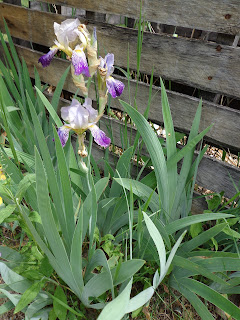 This is definitely a VERY GOOD lesson. We can say we are putting our trust in God....and we do but we limit it oh, so often...or at least I do. Thanks for pointing out this story. Mom