To Nationwide Youth Roundup and Back 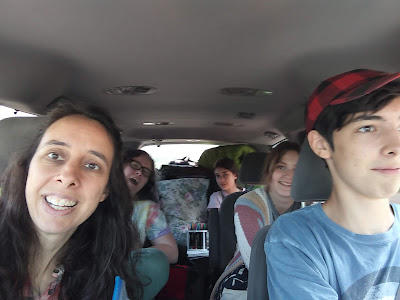 On July 16th after I quickly did flowers for a wedding (which my sister Keren delivered the next day) we headed out for Nationwide Youth Roundup near Denver, Colorado. Basically the whole youth group from our church went, along with some of us parents. Our van had 6 people in it on the way out and 7 on the way back. There were 3 vehicles in all.

It is over a 1000 miles one way. We were super blessed to have 1st Christian Church in Norfolk, Nebraska allow us to stay overnight in their building on the trip out. My Aunt Mona attends and serves there and so she and her family came and met us, brought us supper and breakfast and arranged for us to stay there. 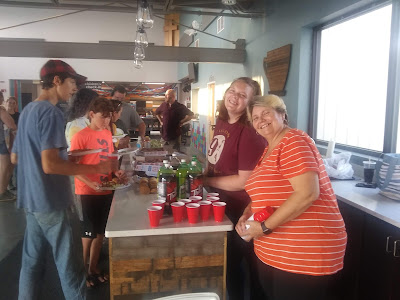 It was so fun to see family and a blessing to have a free place to spend the night. 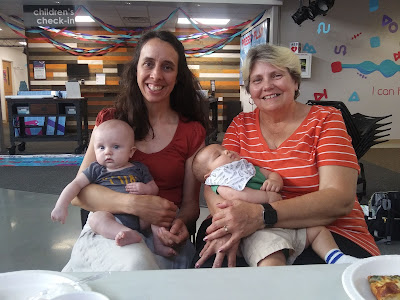 My Aunt Mona and I holding each other's grandsons. Malcolm and his parents got to go on the trip too and Malcolm was a pretty good traveler. 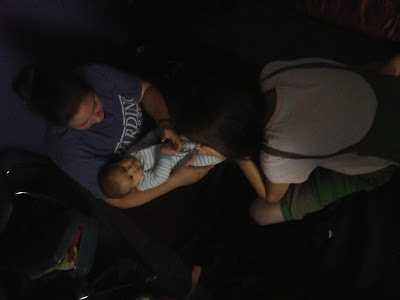 Cousin (1st cousin once removed) Heidi and Auntie Megan are loving on Malcolm that night.

Saturday we arrived at Roundup Ranch. The campsite we were going to be at was at the top of the hill. It was quite steep to get up there so we didn't try to take the van up but hauled the stuff up in other ways. We got to see some friends and worked at getting set up that night. In our campsite was our group from Bemidji, a group from the church of Christ in Plainview, MN and a group from The Rising Sun Church of Christ near Desmoines, Iowa. Also a few other friends from other places. There were 58 in all. 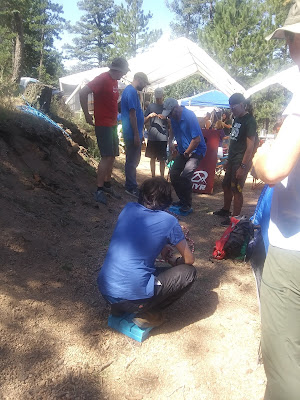 Hunker Hauser is a fun game and one the Derek and Lars are quite good at. 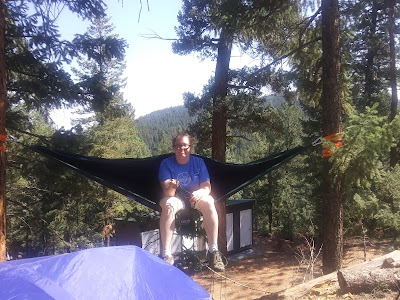 Several of the kids brought hammocks and they were enjoyed. This is in Molly in hers. Down below is the new shower house that we had right next to our campsite. That was a blessing. I always got hot showers which was quite nice. 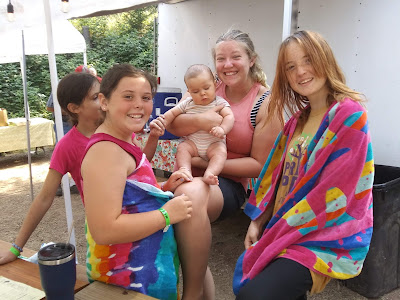 Malcolm was very loved at NYR. It was fun to carry him around and have people stop us to admire him. The most frequent adjective used to describe him there was "squishy". He is squishy in an adorable sort of way. I had fun meeting these girls from Louisiana. 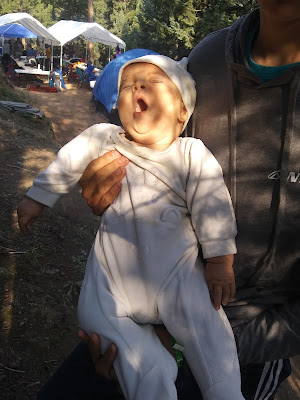 This outfit was one that Mara wore when she was a baby. It made a nice warm sleeper for cool nights. 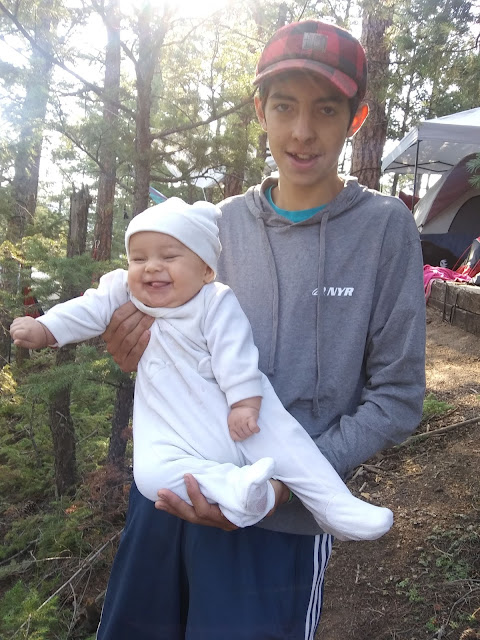 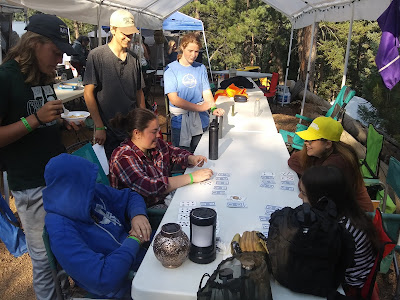 Game playing was pretty common in our campsite. 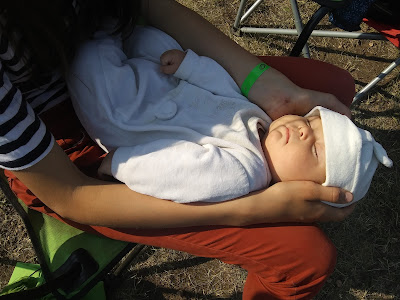 The music was neat but rather loud so we tried to keep Malcolm's ears covered. That usually seemed to put him to sleep. 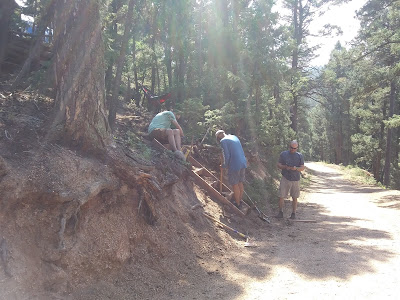 Church groups use the same campsites year after year so they also do their own improving of them. This year Bobby, Derek and Benjy worked on steps for the campsite that we were in. It was a very nice addition. 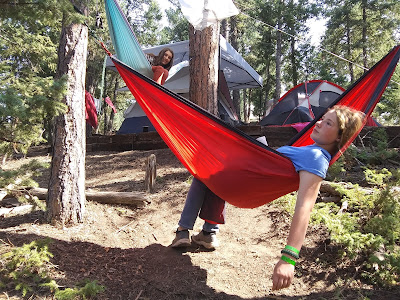 Megan and Gracie in the hammocks. 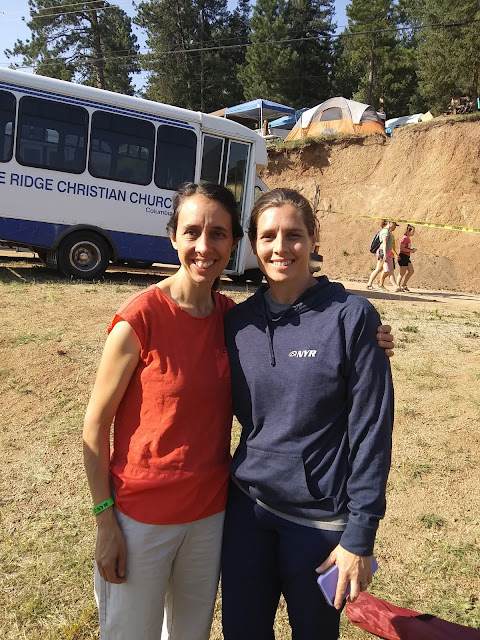 I was really happy to get to spend some time with my friend Michelle. We met in camp in Iowa, spent time together when I went to college there, then we both lived in Bemidji for a few years, now they have been down in Louisiana for a long time. We do call each other but it is lovely to see her in person. 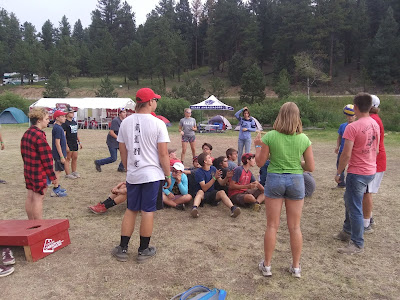 A unique game that I had never seen before. The kids seemed to enjoy it and it was nice in that it worked for a crowd. 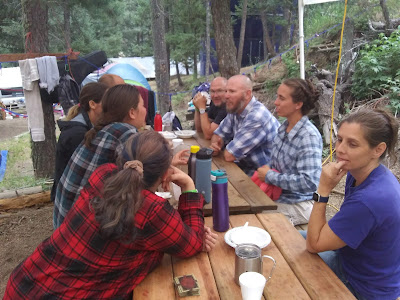 Our friend Nancy from Iowa headed up the cooking at our campsite and did a fabulous job. All the meals were delicious. I enjoyed getting to help out some as well. On Wednesday night we were invited down to the Crowley, LA campsite where they fed us gumbo. It was delicious as well. 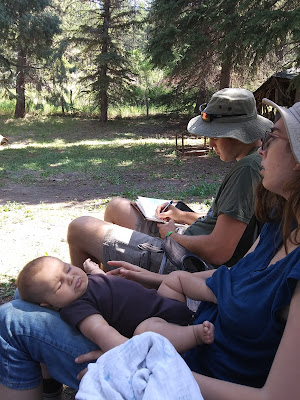 Each day there was a morning singing time and a sermon and then after that there were quite a few different classes for different age groups. I attended to the adult class on Hebrews 11 (and faith) taught by Michael Defazio. I really enjoyed it. Though this is a chapter I have memorized and studied a lot I really felt like I gained a lot from this class. Aaron also really enjoyed the class time with the highschool boys. It made them think about the sort of legacy that they want to leave behind. It really made him think a lot and it sounds like it was very helpful for a lot of the others that went as well. The highschool girls in our group really enjoyed there class as well. It focused some on the book of Esther and about how the decisions we make now can influence the rest of their lives. I also heard really good things about the college age class and the adult leadership class. The sermons were also very well done and super encouraging and motivating. I really was blessed by the teaching that went on at NYR. In the evening there was another time of singing and a sermon. Following that we would have a visiting time with the others in our campsite about what we learned that day and our reactions to it. 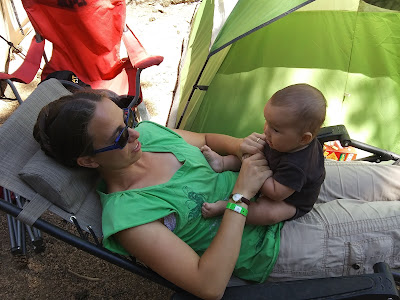 Malcolm enjoyed his time with his great aunt Martha. 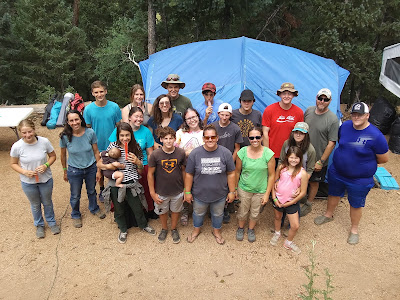 Our Bemidji group (with a couple of friends from elsewhere). 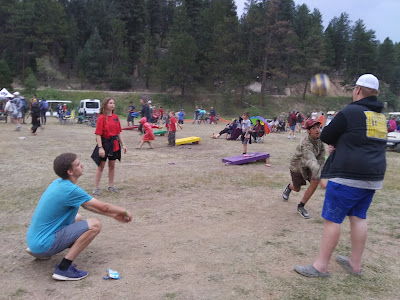 Waiting for the evening service to start. 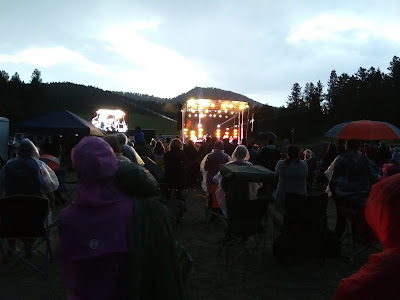 We meet, rain or shine. Two evenings we wore raincoats to services. 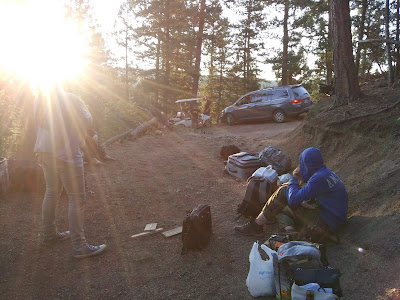 Early morning departure. Derek woke us all up a little after 5 am on Friday morning. 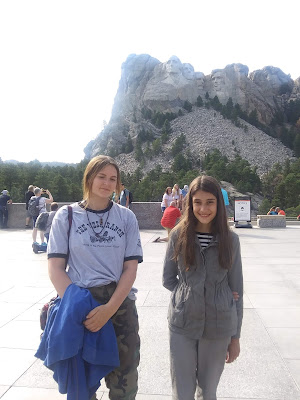 We went to Mt. Rushmore on the way back. Hope and Megan there. 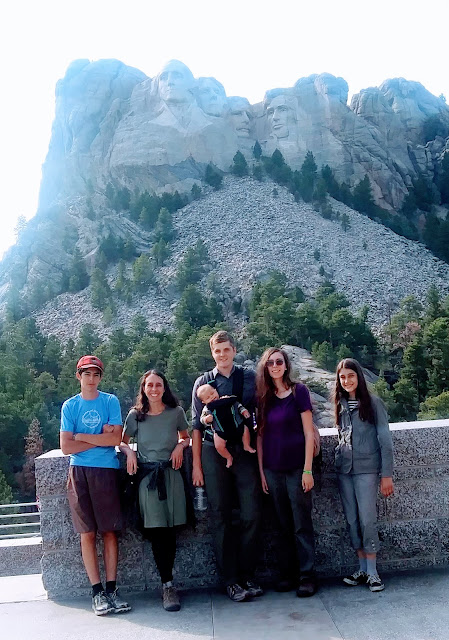 Our family at Mt. Rushmore. 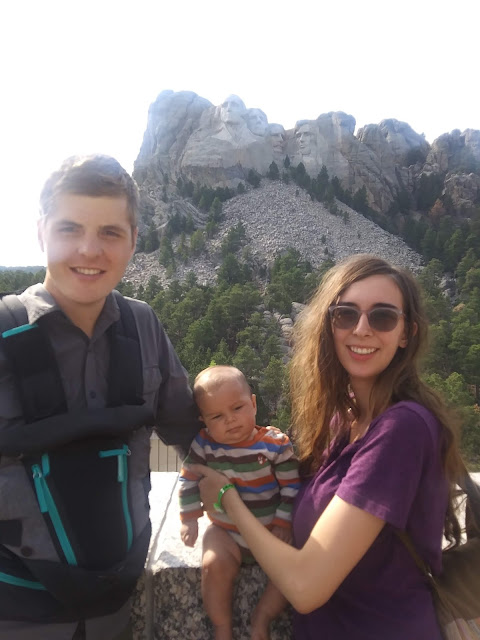 We needed to document Malcolm's being there. :-) 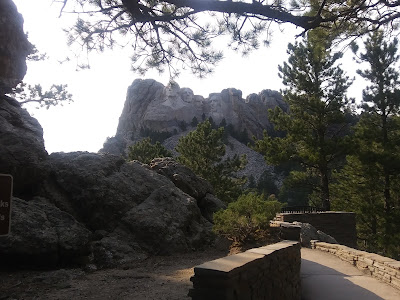 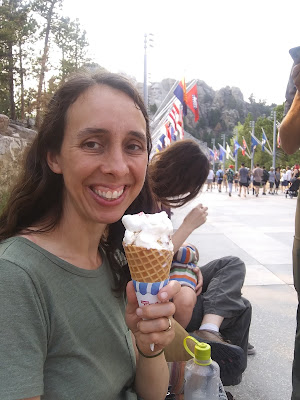 Ice cream hit the spot while we were there. It was another warm day.

I feel so blessed that we were able to take this trip. It was so encouraging to me. We are hoping to go again next year.