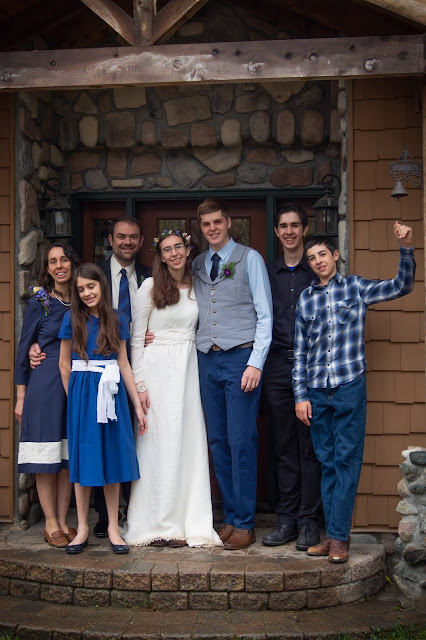 I hope you all had a blessed Thanksgiving! I hope your heart is just overflowing with thankfulness to our Creator God who made everything for us and who sent His Son Jesus to redeem us and give us hope and peace.

We were blessed to be able to celebrate Thanksgiving with many of our family and a friend joining us. It was a day of singing of Thanks to the Giver of ALL good gifts, sharing what we are thankful for, preparing and enjoying an abundance of good food, games, laughter, a new baby and lots of love.

Heidi and Lars (niece and nephew) spent a few nights with us before Thanksgiving and the day before we were doing our normal song of the morning (we are just working our way through a hymn book) and our song was one of Thanksgiving. We had fun singing it together and then I suggested to Jonathan that he video it (as he loves to do that anyway) so that I could share it in celebration of Thanksgiving. Here it is, I hope it blesses you some way....

On Thanksgiving Jonathan did some more videoing and here is his compilation of Thanksgiving day. This was taken before the game playing began and before we actually dug into all the food that was prepared (including 15 pies! We did not eat them all. :-) ) 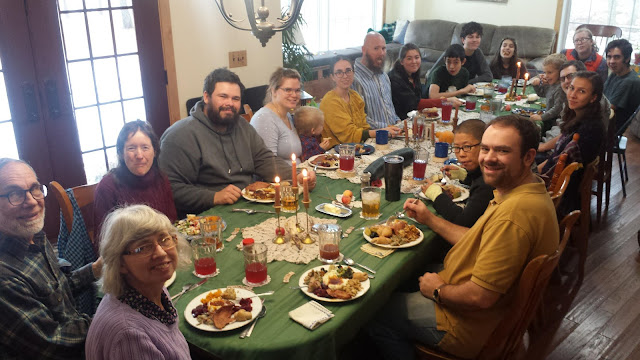 We had a lovely group of 22 people - but one was not yet a month old so she didn't do much eating.

These 3 boys make our lives much fuller. We feel so blessed to have these three nephews living close by and bringing so many smiles to our faces. Candles are for blowing out, are they not? 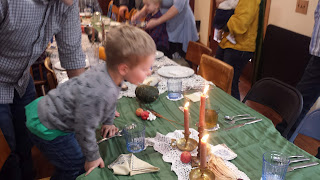 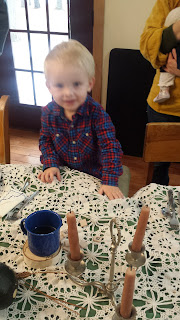 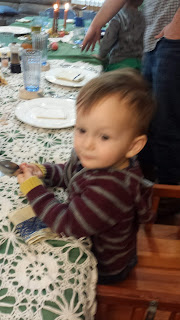 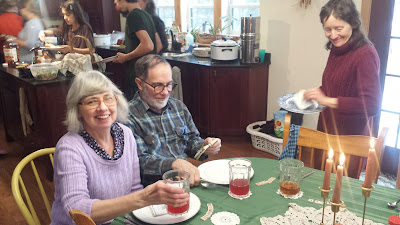 Speaking of blessings.... Parents/Grandparents that we get to see often, work together with and serve God with in His church. God is so good! 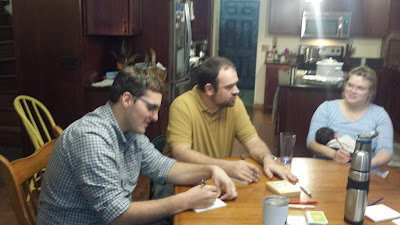 A game we enjoy is one called the game of "Things". It takes some fun thinking. 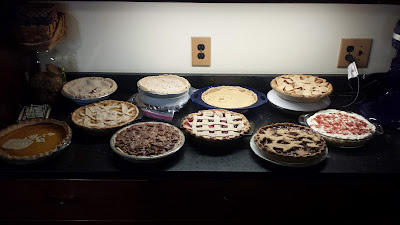 Some of our yummy pies. Though the meal was at our house I by no means did all the work. Everybody pitched in to make things, clean up and do all the work. It makes holidays pretty easy. 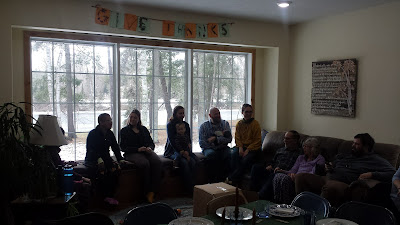 Hanging out and visiting or singing is always fun too. 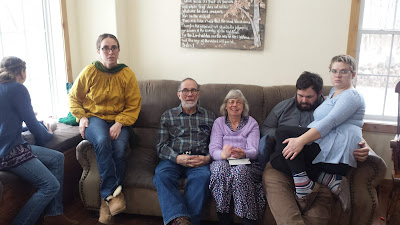