Can You Be a Minimalist and a Prepper?

Welcome back to my 31 days of Decluttering and Simplifying at Proverbs 31 Living!

So as I have been working on my journey that is leading somewhat towards minimalism I have pondered much over my other leaning which is towards being a prepper. And I wonder how well those two things actually mesh. I think many would say that they don't at all. I somewhat disagree. Now it does depend on how you define these two things. I haven't actually looked either one up in the dictionary but I have found that generally they can mean a wide range of ideas but I think these are fairly basic definitions: 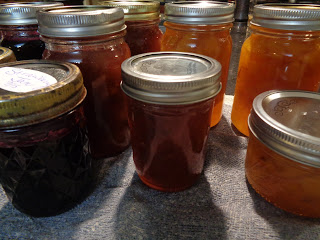 So, I am seeking both of those ideals. I don't think they need to be mutually exclusive. I believe that people for hundreds and hundreds of years have basically been minimalists and preppers. The pioneers carried all of their possessions in a covered wagon (Who today- even among minimalists could actually do that???) and yet they were prepared to go without shopping, possibly for years.

Granted, our lives are different today and though I love to study that old history I am still super thankful for the time that we live but I think we can still live carefully like both a minimalist and a prepper.

I probably will always have a lot more food storage than your typical minimalist (but I will be super careful to make sure it is truly being used - we aren't just storing things indefinitely for some big disaster).

I will also try to have a lot of knowledge in my head and skills learned that can be used so that I will be prepared and henceforth I may have a little less stuff in some areas than your typical prepper.

That works for me. I am curious to hear what you think on this topic. Are you a minimalist or a prepper or neither one or are you trying to be both, like me?

Working on becoming a minimalist.

It certainly is a work in progress for me too. I have a long, long way to go.