We are in the midst of another snowstorm and Mara went out for a walk with the camera so I thought I would share some pictures of the beauty that she found. We all were out in the storm for a while as we had a big brush pile fire at the church building tonight to help clean up the grounds before a wedding there next month. It was the stormiest weather that I have ever stood around a fire in but it was fun. 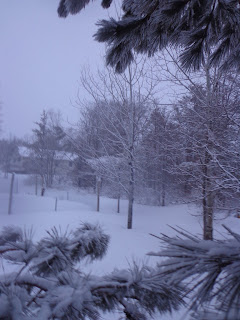 Lately the kids and I have been working to memorize Matthew chapter 5. Eventually we want to memorize the whole sermon on the mount but so far are only working on the 5th chapter. This sermon is truly jam packed with teachings of Jesus and there is tons of things to learn and put to practice in it!

Much of it I find encourages me in ways I was already going but there is one teaching that I admit I have found to be a challenge to me and the way I naturally think. It is found in Matthew 5:42. It says:


"Give to him who asks of you, and do not turn away from him who wants to borrow from you."

Now I don't have an issue with helping others and giving gifts. In fact I find gift giving to be very fun most of the time. If I see somebody that I truly in need and I am able to give something to help them that it even more fun. I admit I probably like to do it best when I can do it out of my own initiative rather than being asked but if there is truly a need then I don't mind being asked either. I also don't mine loaning things, if someone needs something I something I own can help them out, or if they might enjoy reading a book, listening to a CD (or whatever) that I have I am glad to loan something.

But I think where my feelings of being challenged come from is the fact that this verse is put together with verses that say thinks like "If someone strikes you on one cheek, turn the other to him also" or if someone forces you to go with him one mile, go with him two" and so I realized that this verse on giving and loaning is not just talking about the times that I would like to give, when I know the person could use it and when I know that I have it available to give, no I think it is talking about times that I think things like "You should have used the money you had to take care of your own needs rather than wasting it and then expecting me to take care of you". I think in those times Jesus is reminding me to give rather than to pass judgment.

It isn't like I am face with this sort of situation very often - I'm not. In fact in the times in recent years have been pretty rare. But it brings back memories to me of my college days when I owned a car (and then when Ken and I got married we were a two car household- and Ken was much better and willingly loaning than I) and many of our college friends did not have cars. I did a lot of walking in those days as I lived fairly close to both the college and my work and so my car sat idle much of the time. That caused a fairly frequent request from others to borrow my car. I did loan it at times and at times I didn't mind doing it at all as I could see a need but there were other times that I didn't feel quite so gracious nor did I always loan to the one who asked of me.

I think that the verse from 2 Thessalonians 3:10 "For even when we were with you we gave you this order; if anyone is not willing to work, then he is not to eat, either." should probably come in to play as well and then perhaps the idea that if one isn't willing to work and be careful with their money so that they can provide for their own needs we aren't always to bail them out - but I think we need to find a balance between these two thoughts. And I think for me my heart was needing the challenge to make sure that I am will to give and loan, without passing judgment on others and do it cheerfully too!

I found it interesting that while I was pondering the verse from Matthew 5 that I happened to read Proverbs chapter 3 and in verses 27 and 28 which say: "Do not withhold good from those to whom it is due, when it is in your power to do it. Do not say to your neighbor, "Go, and come back, and tomorrow I will give it," When you have it with you." Now I think these verses are talking about wages that are due to someone or something like that and I totally agree with and strive to practice that concept but the similarity of the message of those verses just made the point hit home a little harder with me.

I would love to hear your thoughts on these verses! 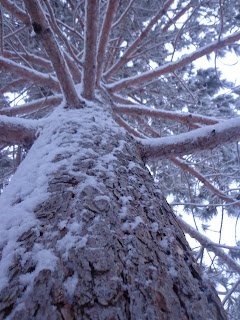